The 2001-2005 FZ1 is plagued with terrible stock mirrors. I wasn't happy with my stock mirrors from the day I brought the bike home. It became apparent that the majority of owners were also looking for alternatives. I tried bar end mirrors, convex stick-ons and took a look at several bar mounted options. Nothing appealed to me and none of the options were plug and play. They did share one thing in common, different mirrors were expensive. I wanted a cheap alternative.

I first came up with this idea while on an extended ride. I realized that if you push the mirrors forward, you gain rear visibility. The only problem was with the mirrors pushed forward, they would slip back under acceleration.

I tried this mod a few different ways and settled upon this final version. My first try at this mod was time consuming because I forgot the golden rule."KISS= Keep it simple Stupid!" Feedback has been great and some have chosen to change a few steps, which I'll note below. No matter how you decide to change this, you will find that the increased rear visibility will be amazing for such little effort and cost. Another plus is that if you don't like the change, it is reversible and you can return to stock.

One of the added benefits, which I did not realize at first, was a reduction in turbulence. Most members who have completed this mod reported positive results.

On the negative side, you will lose the stock pivoting of the mirrors. Spinner (previously Herman02) has refined the mod by adding notches. See the addendum below, or refer to post #93 of the original thread which can be found here.

If you have any additional comments, send me a PM or post in the thread.

Read through these instructions a few times. I have tried to simplify them without omitting any steps. This mod should take you between 25-35 minutes depending on the methods you use to grind out the rivet. If it takes longer, you're doing something wrong. 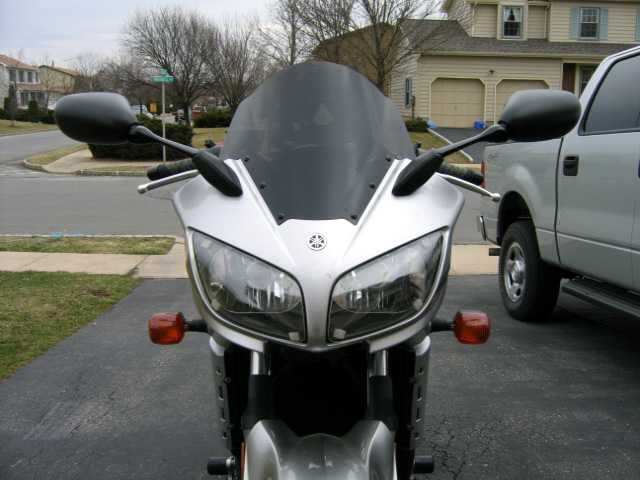 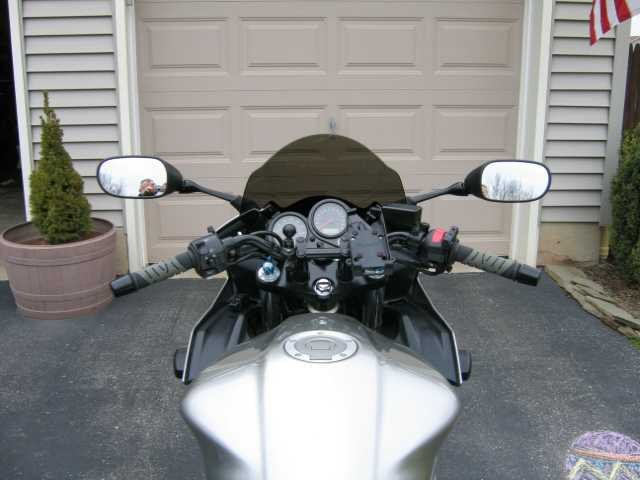 I did the FuzzyOne modification and notched the backside of the arms to have the same breakaway/fold in option as the stock mirrors. I need to fold them for space in my garage.

Took it for a ride today up to 100 mph and found no difference from the stock configuration when it comes to vibration.

Prepared by FuzzyOne and Spinner. Some edits and pictures by Eskort.